Mykonos has become one of the most popular and cosmopolitan islands in the world, which comes as no surprise because it has a lot to offer the intrepid traveller in every respect.

One of the best ways of visiting Mykonos is to charter a yacht whether bareboat or crewed, and to take your time "people watching" from a sunny deck as you sail into the harbour or anchor offshore along the glorious coastline.

It's a fantastic experience and one that's not as expensive as most people think. This especially true when you consider the freedom being on a yacht offers.

You can go where you like, when you like before dropping anchor in some tranquil cove or mooring up in a harbour so you can taste the delights of a port taverna that evening.

With just ten thousand residents, this small cosmopolitan island sinks under the feet of the thousands of tourists that come every summer from every corner of the world in order to experience it while being among the top destinations for yachting charters’ expeditions!

Whether you’re aiming for a family vacation, a sailing adventure or even if you’re in it for the party time, Mykonos is sure to satisfy your wildest expectations!

The Greek island of Mykonos, also known as the beauty of the Aegean or the island of the winds, is one of the smaller islands belonging to the group of the Cyclades.

The cosmopolitan atmosphere found on the island makes for a truly wonderful experience no matter what time of the year you decide to take a trip there.

Discovering the many art galleries, fascinating museums full of ancient artefacts and the wonderful choice of day trips to other islands in the cyclades makes Mykonos among one of the top holiday destinations on the planet.

Mostly rocky in its geomorphology, Mykonos is wrought along its coastline with bays, with Chora, Panormos and Ornos being the biggest.

What to see on the island

It can be really tricky for anyone to choose among the Mykonian beaches with all of them being so unique whether organized or not.

Accessible only by boat, the most adventurous can find the beach of Vathia Lagada –one of the most beautiful on the island, as well as the beach at Dragonisi -a small isle off the coast of Mykonos whose coast is wrought with caves that pool the clearest blue waters!

Through the mainland, the reclusive beach of Kapari can be found only 5km due south. For those looking for something more luxurious, the organized beach of Psarou is visited almost exclusively by all the celebrities and VIPs visiting the island while the beach of Super Paradise is only 6km southwest of Mykonos’ center.

This beach became especially popular during the ‘60s when young hippies started visiting for nudism. Today, it’s is famous for hosting the most hectic summer parties of the Aegean.

The best Djs from all over the world have witnessed the amazing sunrise from behind the decks of Super Paradise, making it the ideal place to lose yourself in loud music, nonstop dancing, fruity cocktails and the gay-friendly atmosphere that vibrates through the entire island!

If you are definitely not into having lots of other people around you, then choosing to take a break in Mykonos during the low season is another thing altogether.

It's a much more laid back affair when life goes back to normal, where streets are quieter, more tranquil and the beaches gleam silently in the sun.

Winds normally range from 2 to 6 Beaufort.

North winds are the most common around the island at a 38% rate, followed by north-eastern ones at 16%.

As we mentioned earlier, Mykonos is a fairly windy island and depending on your experience and skills, this might make your approaching or departure a tad difficult.

If you are unsure, you can opt to berth in the bay of Ornos that is located 4km south of the town of Mykonos.

While there are two ports, the "New Port" is home to the recreational boats.

This port has been recently improved by the municipality, with new electrical pylons and water being available. A mini tanker is also at hand for fuel while a mini-market is open 18 hours daily providing additional laundry service!

This port attracts all kinds of boats, like taxi boats, sailing yachts, motor yachts and even big cruise-ships

It's located 1.6 km North of the town of Mykonos and can provide everything you might need: Water, power, WC, showers etc.

There is also a mini market at the entrance of the marina to make your life easier.

Stern-to mooring cost per day is approximately 3 euros for lengths of 40ft.

Side mooring is charged an extra 25%.

The water will cost you 10 euros for a cubic meter and the power about 0.65 euro per kWh.

CAUSHIONS: Don't leave your cushions on the cockpit unattended and avoid line-drying your clothes even if it seems less windy.

LINES: Before departure make sure you have gathered ALL the ropes. This way you will avoid the rope-caught-into-propeller disaster.

Be well prepared and have your crew ready for a potentially tricky departure.

The old port is extremely well preserved and overlooked by the glorious windmills that have become synonymous with Mykonos.

Situated between two beaches, this beautiful Mykonian village is definitely worth the sailing trip!

Ornos and its small, windless port are a pole of attraction for many tourists looking for serenity while still having the option of strolling around the street markets and perhaps grabbing a bite at one of the many small taverns and tasting the Greek cuisine!

Ornos is an ideal destination for those traveling with children, as it has shallow and sandy beaches with clear turquoise waters! If you find yourself at Ornos in the right time, perhaps you might even get a picture of the seals lazing in the sun!

Declared by UNESCO as a world heritage site, Delos is a small isle west of Mykonos island.

According to mythology, Delos was the birthplace of god Apollo and his sister, Artemis.

Historically, the island has been occupied by Mycenaeans, the Ionians, and the Romans and met great financial and cultural growth.

It was at the dawn of the 19th century that major archaeological evidence came to light, like the Temple of the Delians, the Minoan Fountain, the Terrace of the Lions, the Theater, and many temples in honor of Isis, Hera and Dionysus.

The Magnificent Ruins of Delos Island

Considered a sacred place, visit Delos during daytime as dropping anchor there after dusk is forbidden.

Yachting around Mykonos and its mystical isles is not only a precious sailing experience but also an unforgettable immersion in the island’s rich culture and tradition.

Tip: avoid sailing around the Cyclades during meltemi winds!

Although the cost of living in Mykonos is average compared to the US, the UK and Australia, yachting around the Greek islands can actually benefit budget travelers who are looking to minimize accommodation costs while maintaining the freedom of staying on a boat!

In Mykonos, you can have a meal for two at an inexpensive restaurant for 50 EUR (62 USD), half a pint for 5, a taxi for 3 euros per kilometer, while the average grocery shopping will not cost you more than 30 euros. 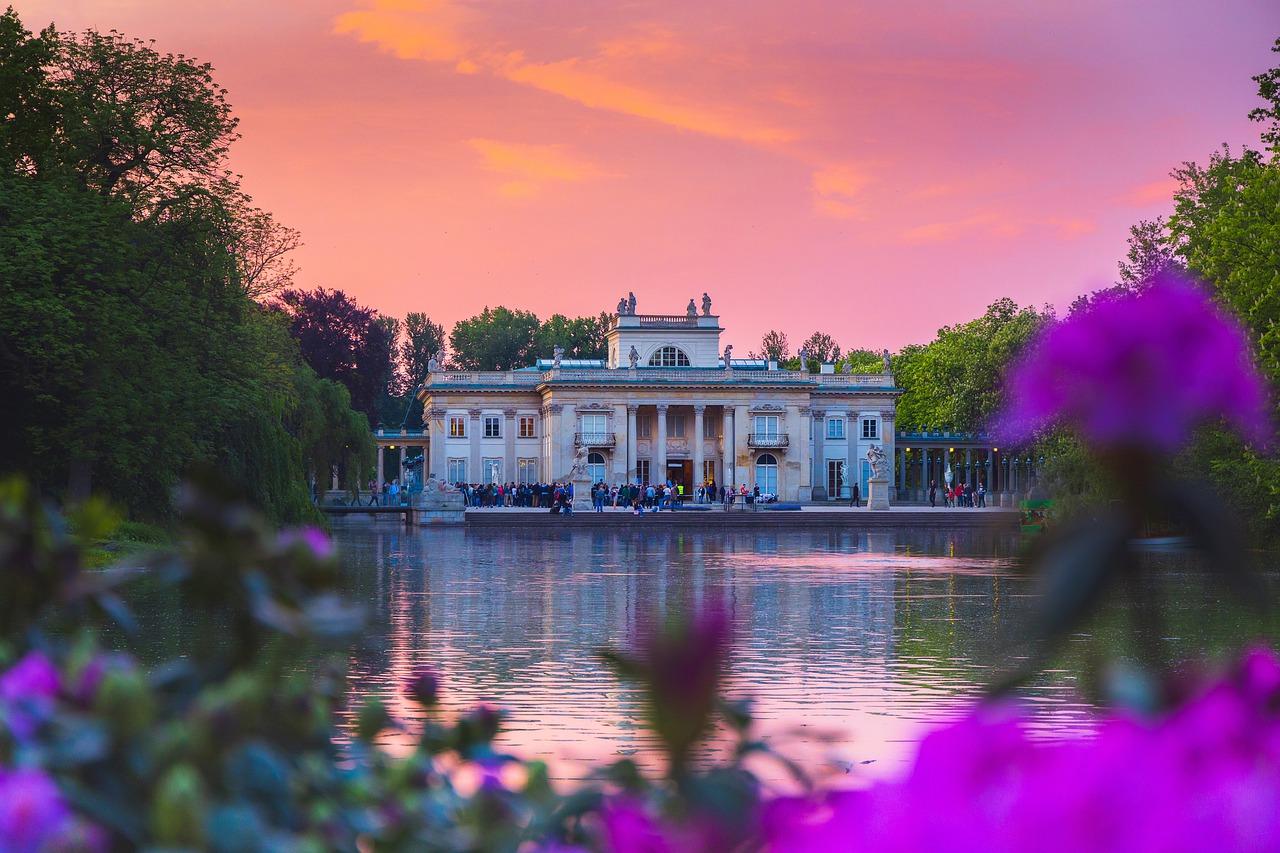 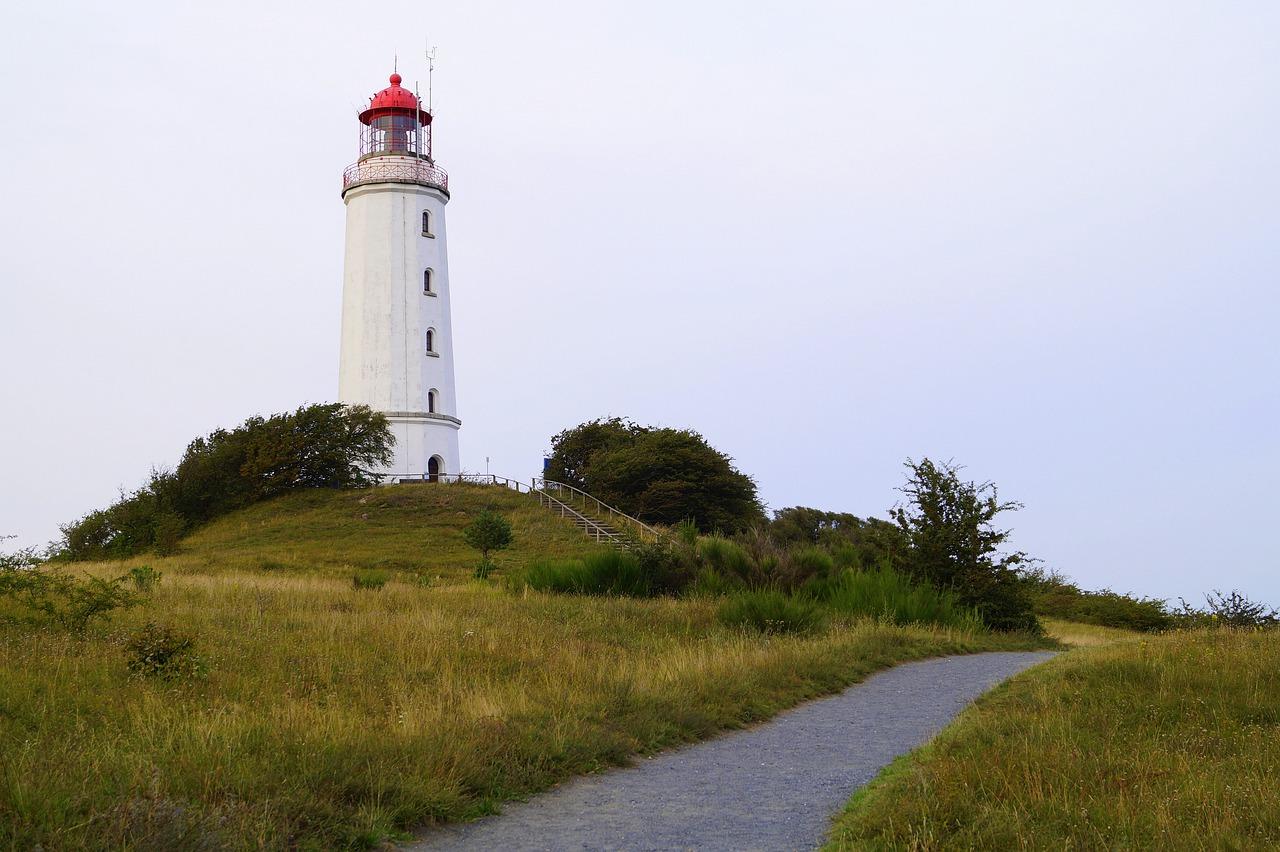 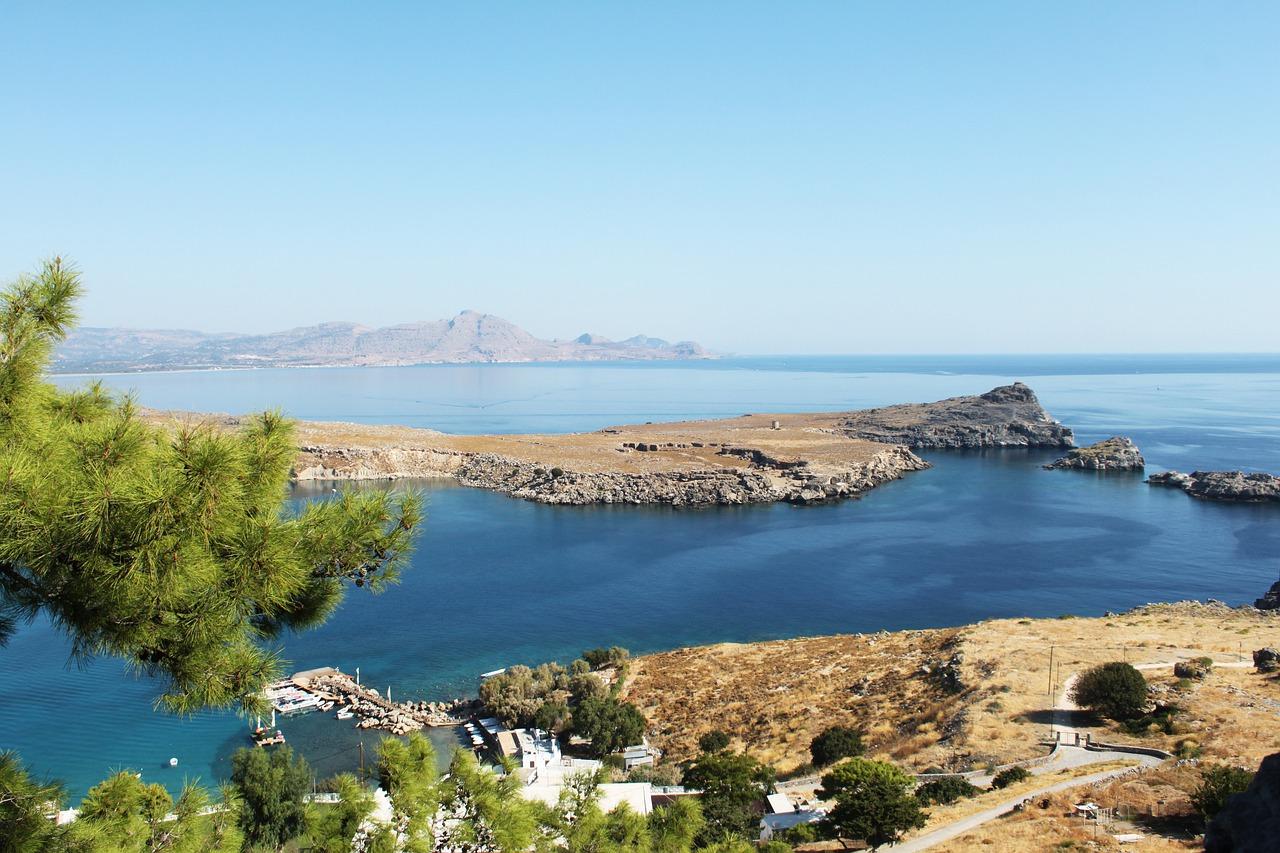 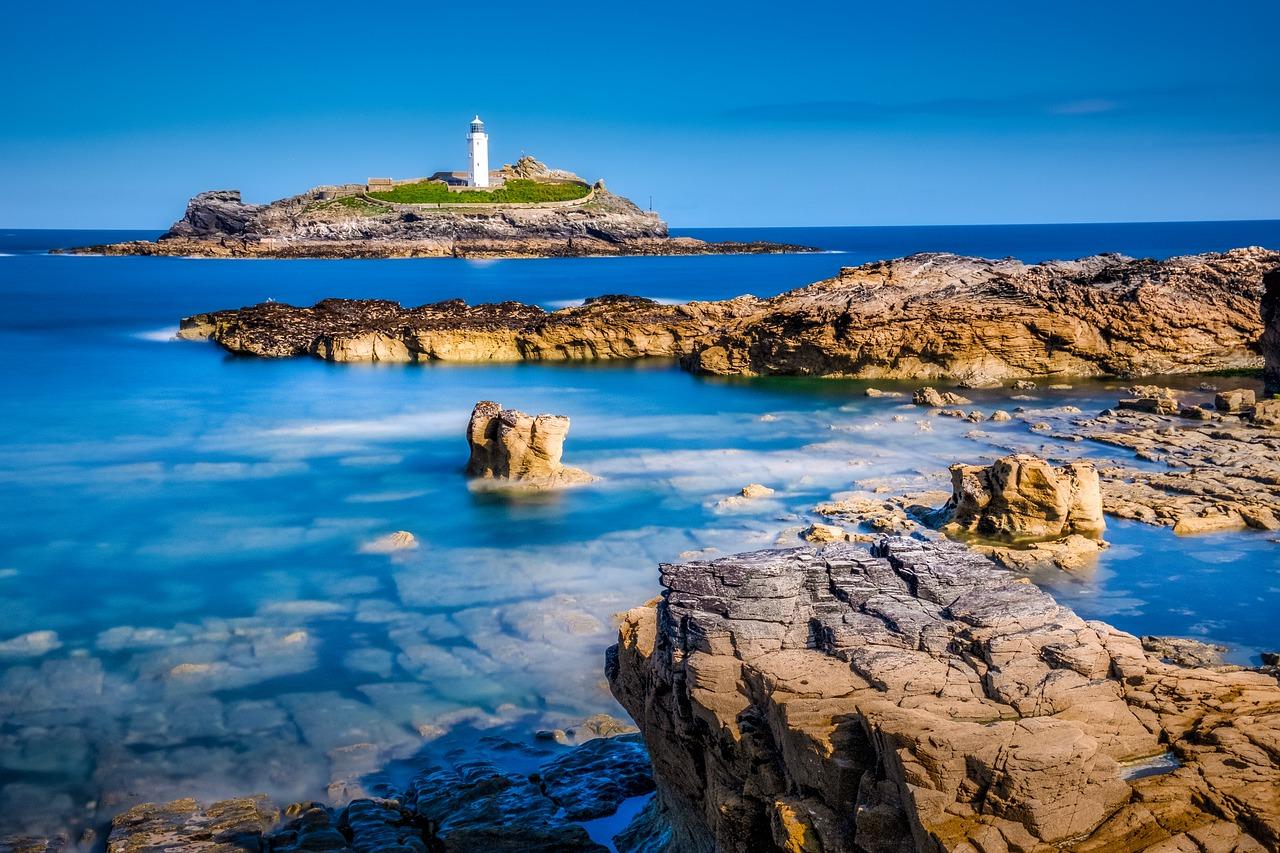 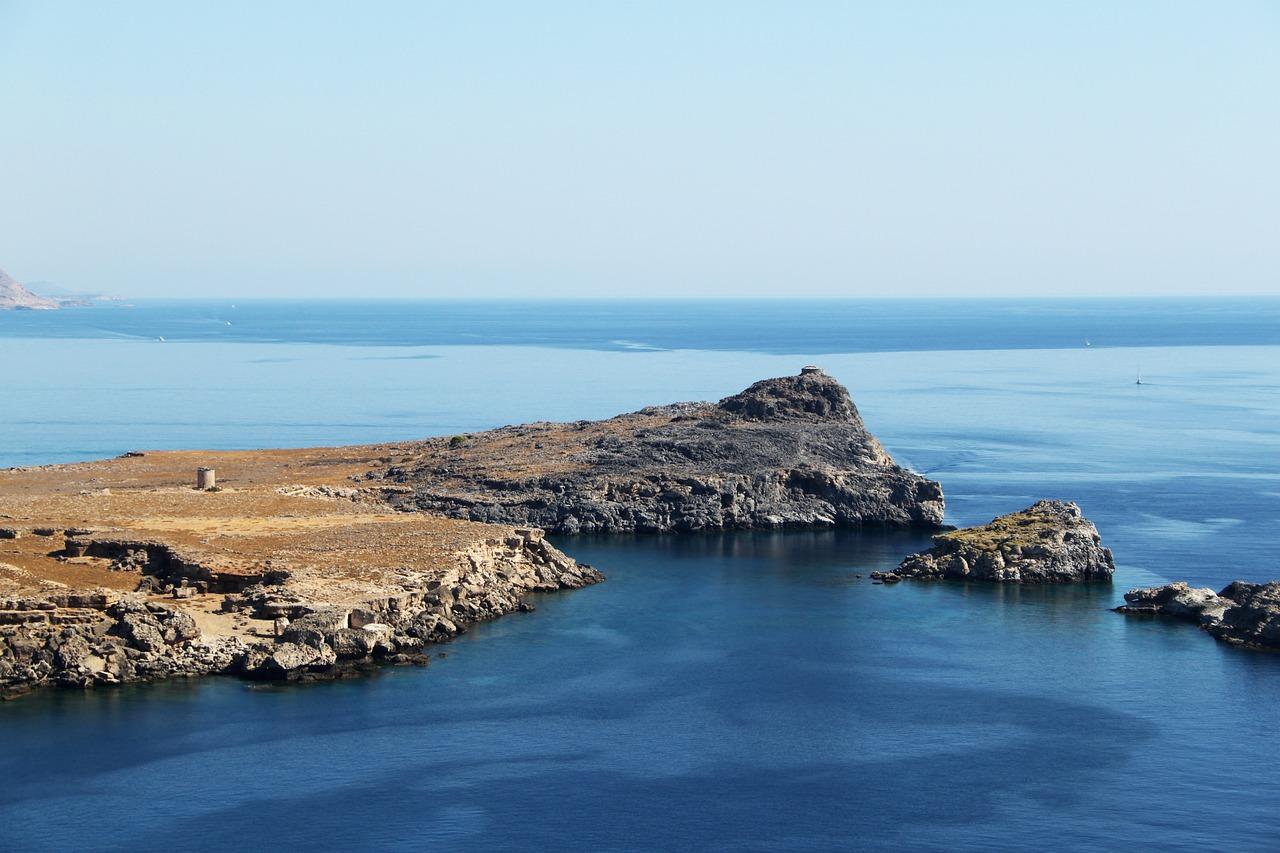 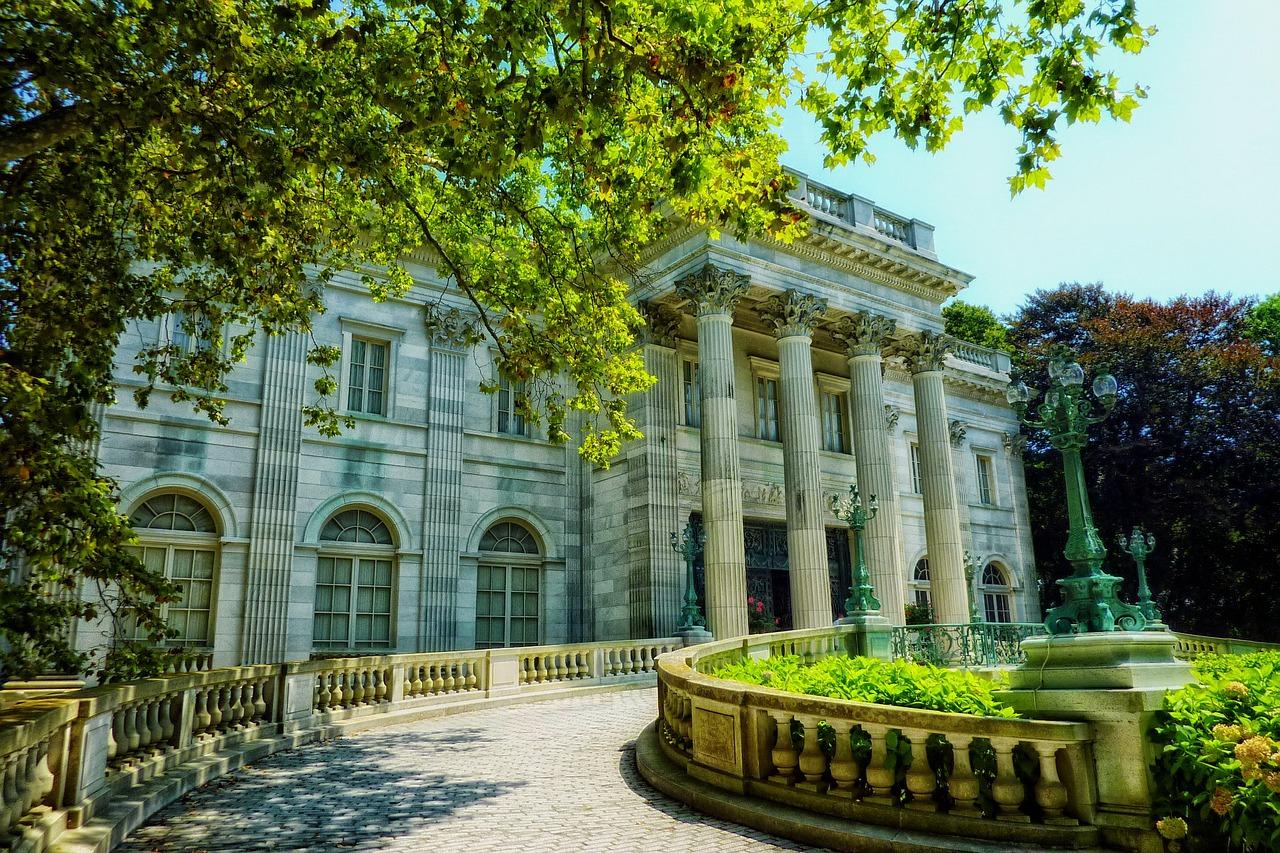 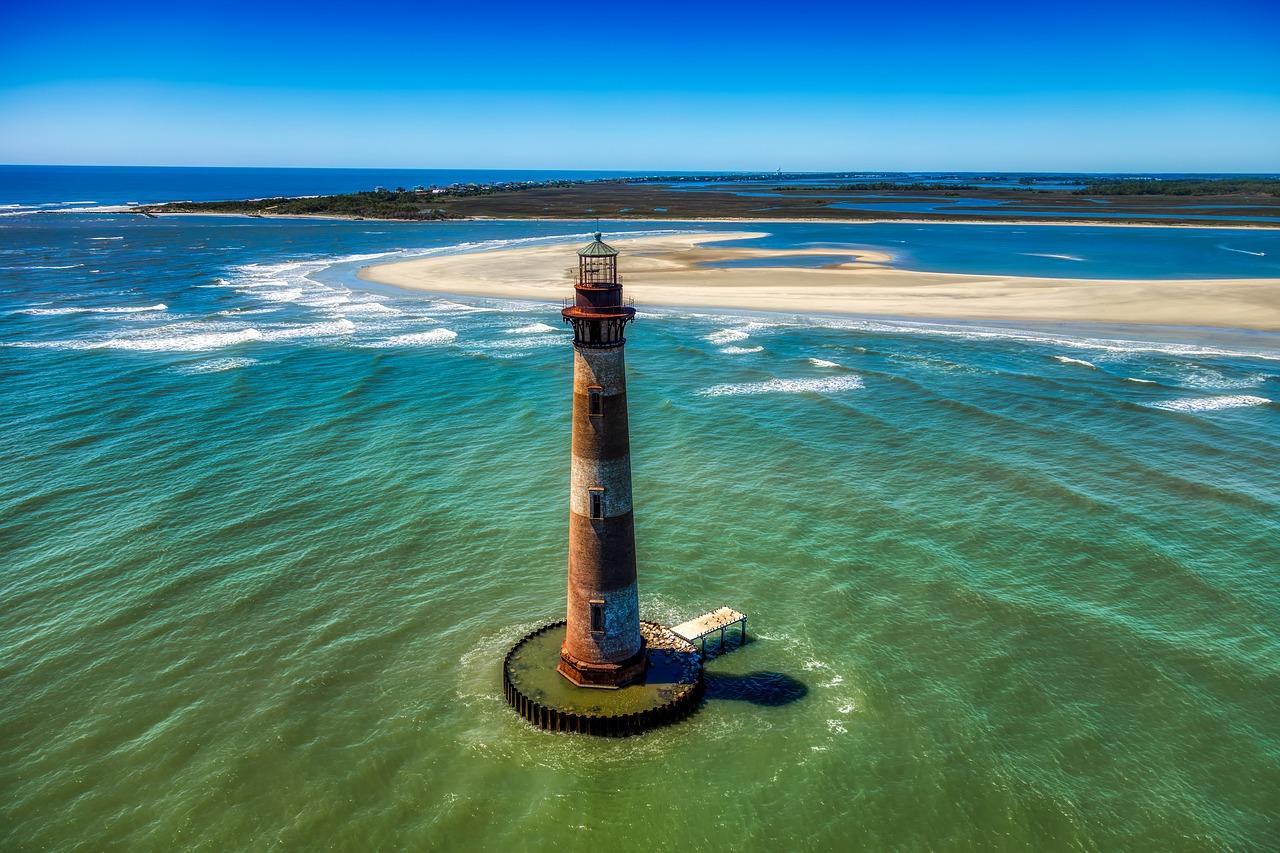 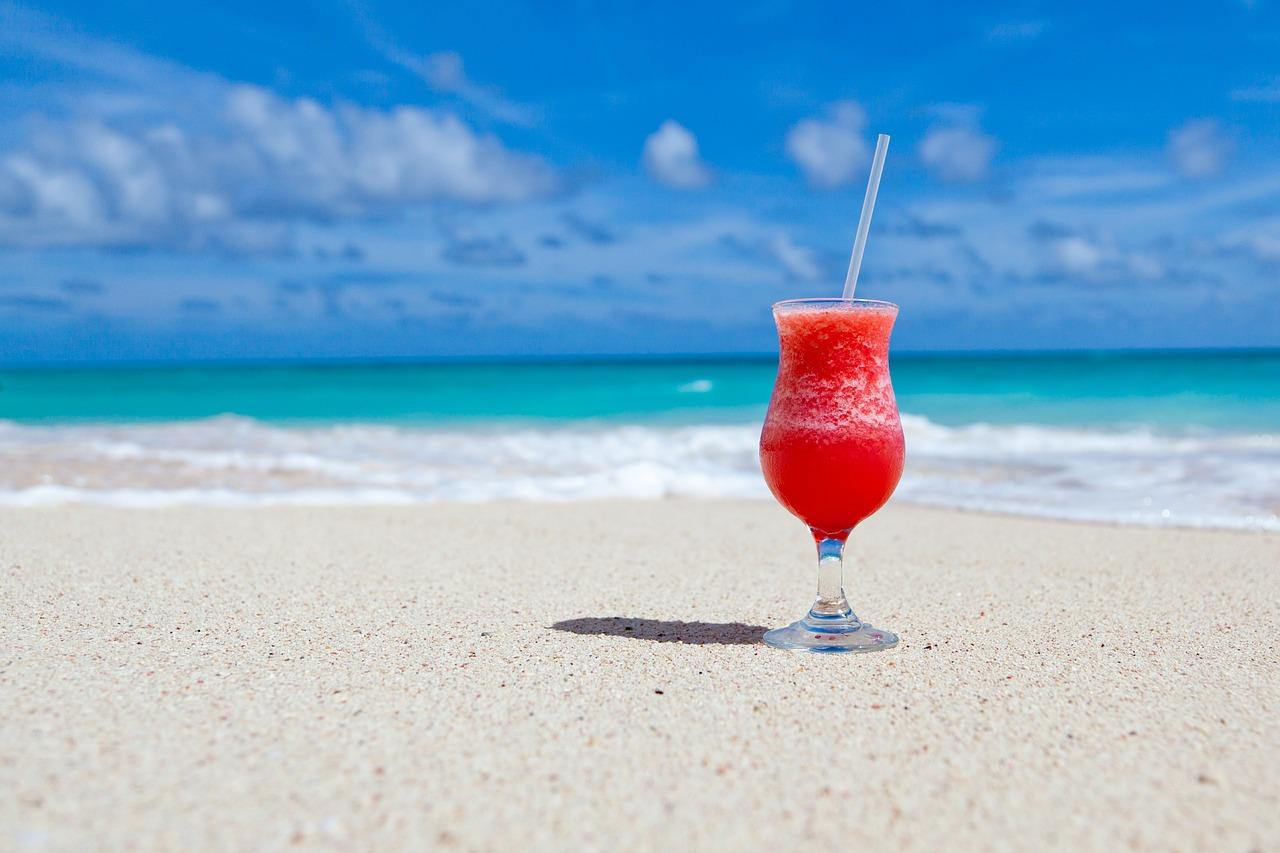 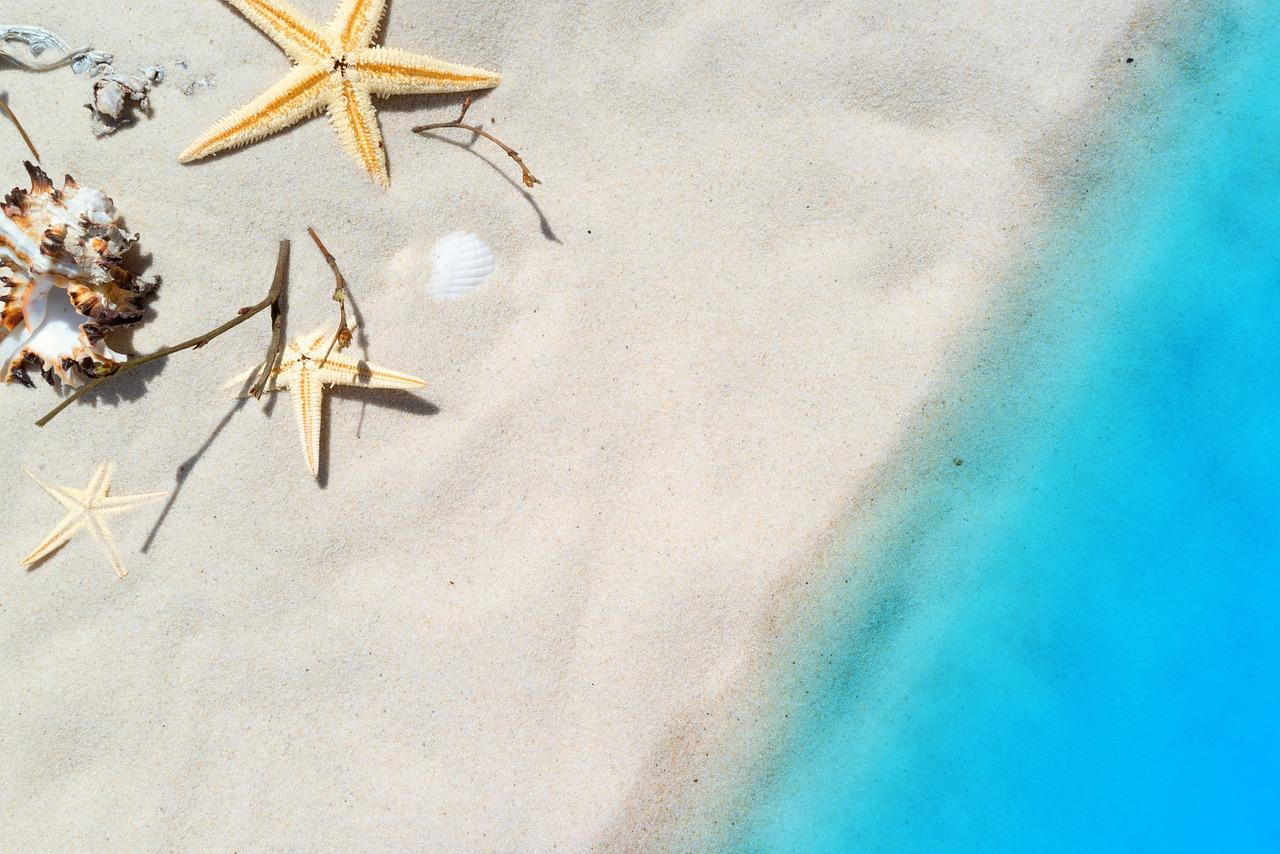 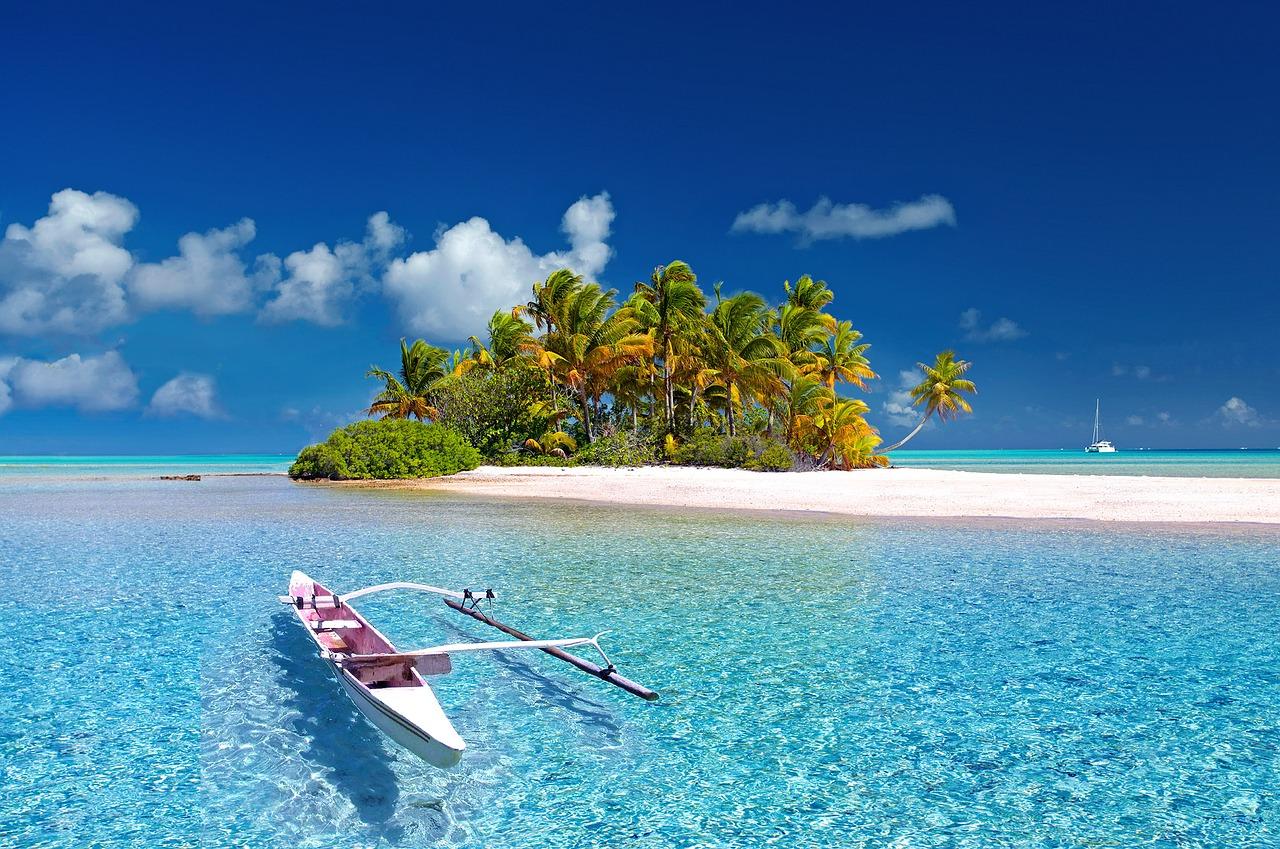 One of the most characteristic landmarks of the island, Mykonos’ Windmills date back to the 16th century when they were built by Venetians, and were kept in use up until the 20th.

Harnessing the power of the strong southern winds, the windmills were originally used to mill flour but serve today as a place of safe-keeping for various of the island’s most precious heritage.

An idyllic place to visit, the crisp-white windmills with their straw caps offer a breath-taking view of the Aegean that is sure to fill you with a sense of awe.

Perhaps the most photographed neighborhood in Mykonos, Little Venice was built in the middle of the 18th century with luxurious houses belonging mostly to the rich and the families of naval officers.

These houses were elegant in their architecture with their balconies hanging over the white-washed rocky shore beneath.

Today, many of those properties have been acquired by businessmen and restaurateurs, offering a unique view of the Mykonian sunset.

For those lucky enough to be at the right place in the right time, the Mykonos Biennale is held every odd year since 2013.

This festival truly captures the energy of the island, featuring dozens of artists each time.

The Mykonos Biennale has presented a wide array of artworks including short films, performances, dramatic nights and has even held philosophical marathons making it a conglomeration of Greek tradition, culture and contemporary art.

This delicacy is made from local pork and includes the entire fillet from the back of the animal along with the little fat that surrounds it.

The process of making it starts in early winter when the fillet is dried and baked in the sun and the wind, seasoned with salt, pepper and other herbs.

After the meat is ripe enough, it is kept in freezing temperatures so as not to dry and is served in small reddish fillets leaving all the delicious flavor and rich aroma on the tongue!

The Mykonian kopanisti is a traditional, very spicy cheese, appreciated for its distinct peppery taste.

It perfectly accompanies ouzo and all other Greek aperitifs, whether as a spread on a piece of bread or –according to Mykonian tradition– on a drizzled rusk with tomato or cucumber.

It can also be mixed with butter or other types of white cheese in order to give it a lighter taste.

While yachting can be a fulfilling activity on its own, those looking for variety will not be disappointed in this wondrous Greek paradise. Mykonos offers the opportunity to tour the island in an off-road jeep safari that starts in San Stefanos and ends at Kalo Livadi including breaks for coffee and lunch.

But if you enjoy being the one behind the wheel, Raceland Pista Kart can be found on the road to Ano Mera offering a 800m long kart-track which your kids (or the kid inside) will go mad over! And that’s not all! At Korfos Bay you can try kite surfing in the hands of experienced instructors and with state-of-the-art equipment!

Renting a car is the best way to see all of Mykonos in a few hours, spending less than 15 euros on gas.

Keep a bathing suit, towels and sunscreen in the car so you’re ready to jump into the sea at the spur of the moment! Whatever beach you happen to find yourself at, we bet it will be as superb as every Mykonian shore!