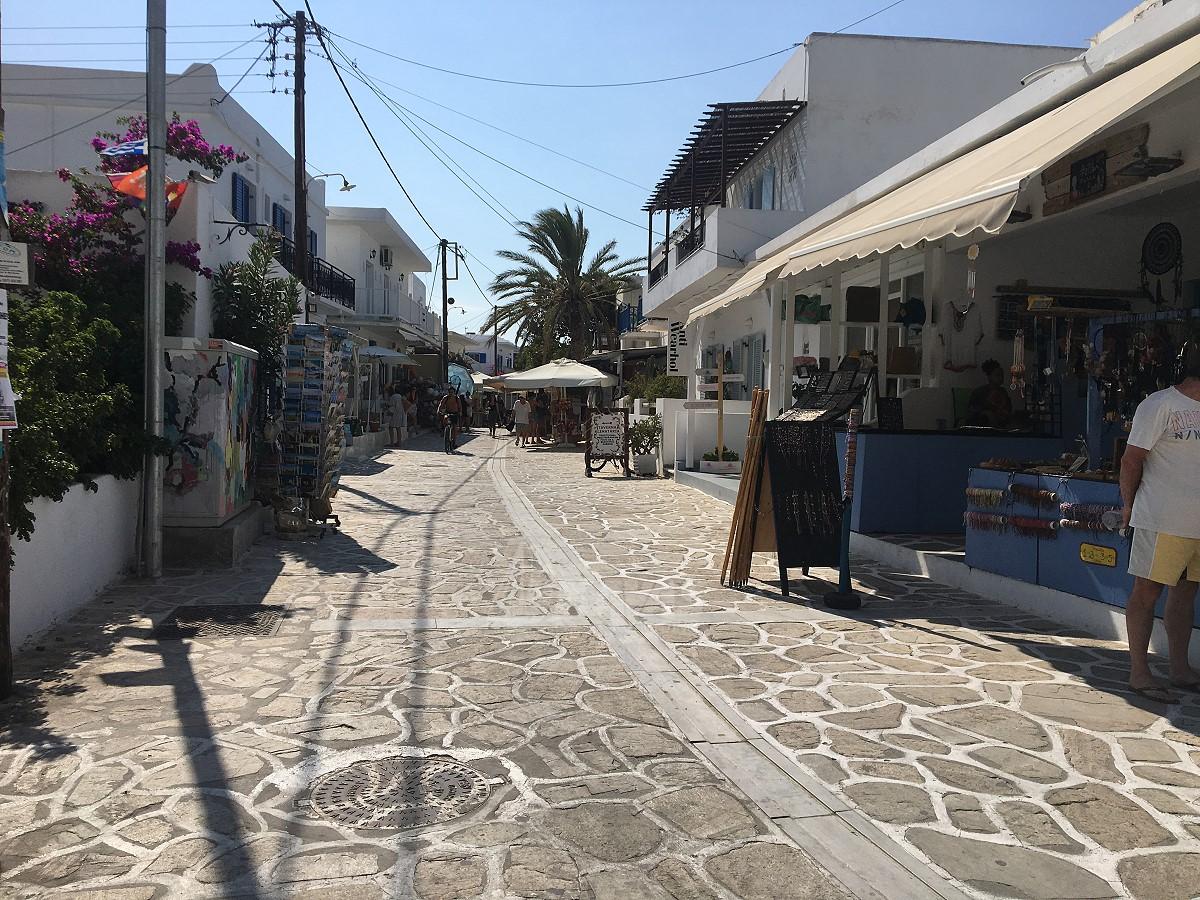 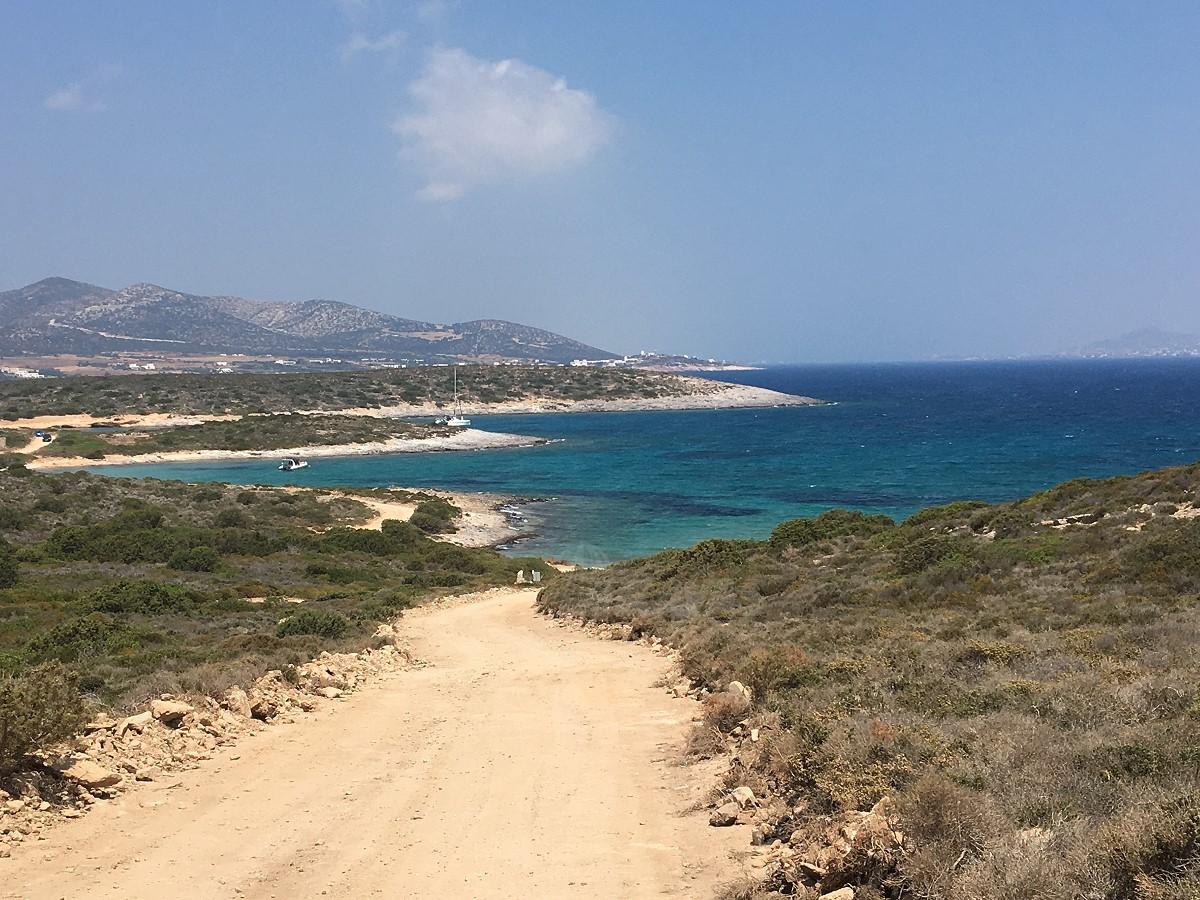 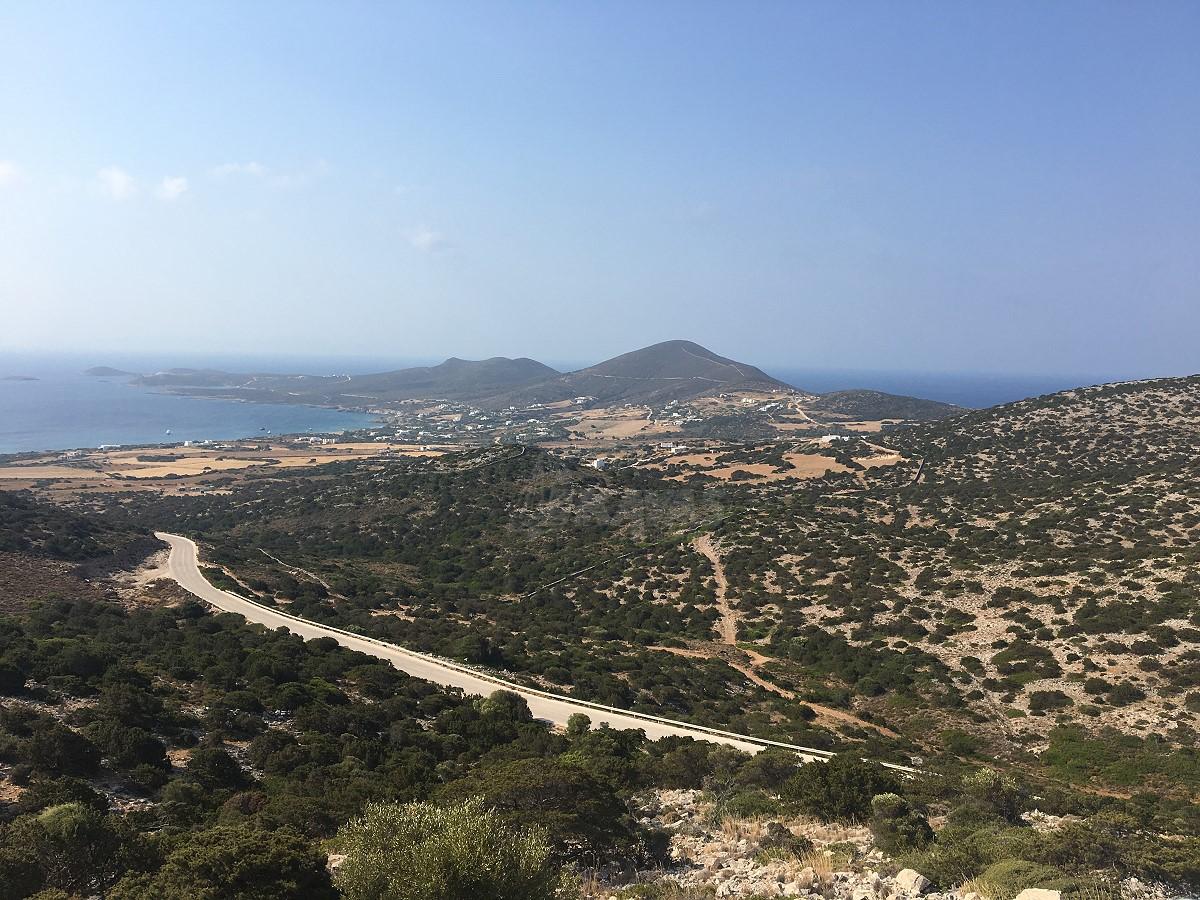 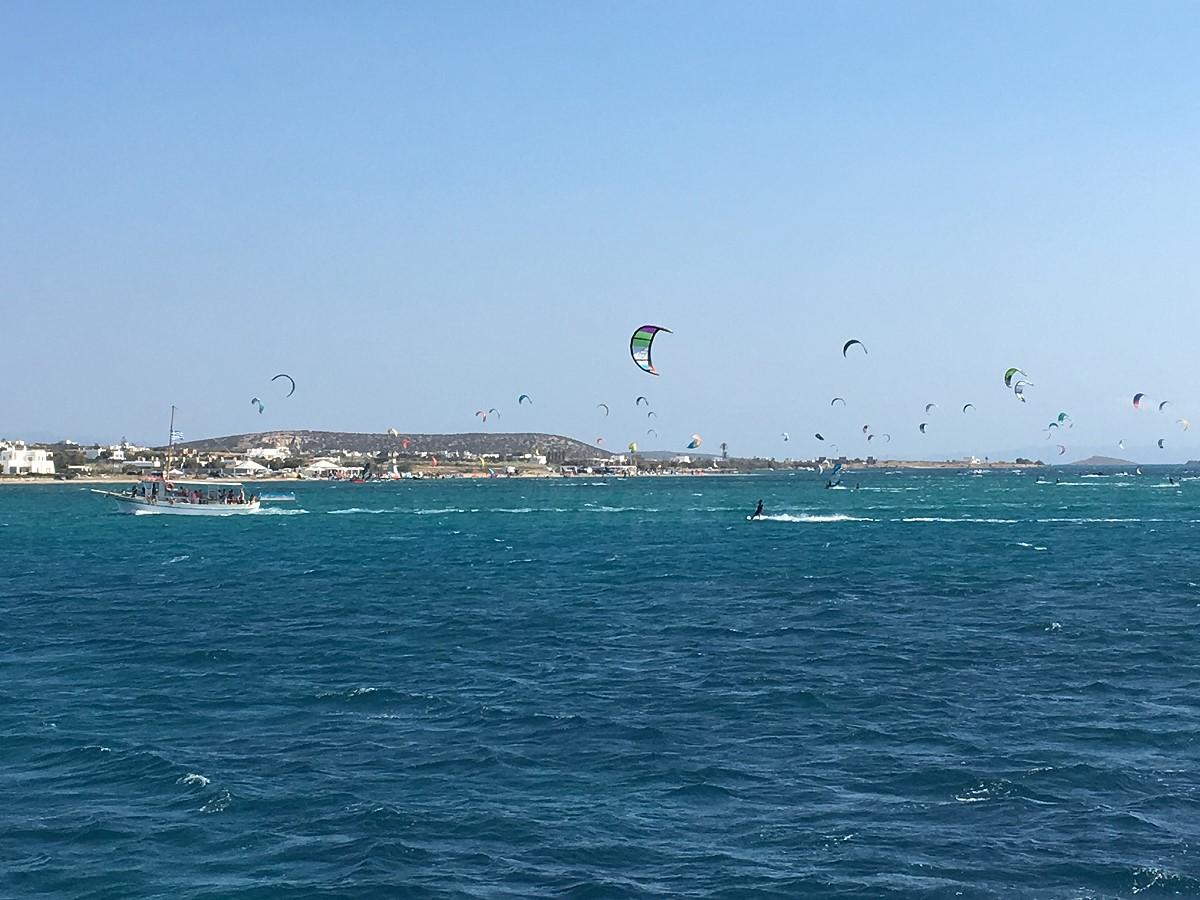 Charter a yacht for Antiparos, the small, picturesque Cycladic island with a circumnavigation of just 31 NM...

...If you would rather enjoy the life of the Cyclades sailing around spectacular beaches and still avoid long routes.

The island, located only a short distance from Paros (Anti-Paros = opposite of Paros) at 0.6 NM, with its well-known Cycladic-style settlements, will make you feel right at home the moment you set foot in its marina.

CAUTION is needed when approaching: The northern part of the waterway is shallow! Boats sailing to Paros move around the island, they do not pass through!

On the small - and shallow - channel between the two islands, two things happen intensively throughout the day:

Once you moore in Antiparos, you will first notice the variety of shops along the marina, where you can grab a bite, or a coffee, before following the picturesque, paved road which will first lead you to the central square of the island, Aghios Nikolaos.

At the end of the road you will find the traditional settlement Kastro, which was in fact Antiparos’ castle during the Roman occupation of the island, enclosing many beautiful neighborhoods and chapels.

Antiparos has its own share of dedicated admirers from all over the world and many celebrities visit it every summer.

Tom Hanks not only has a villa on the island, but also declares "110% Greek".

The largest proportion of visitors to the island appear to come from Scandinavia and Italy.

In Antiparos you will find the following:

Native to the Cyclades, the meltemi wind will make sure you don't feel the hot breath of the summer sun.

With winds ranging from 5 to 7 Bft, the island is enveloped in a cool breeze from the morning untill late in the afternoon.

Traditional taverns, bars, and shops are all plentiful so you can spend your time pleasantly.

In addition to fuel and water for your boat, there is a supermarket within close proximity to the marina for your daily supplies. 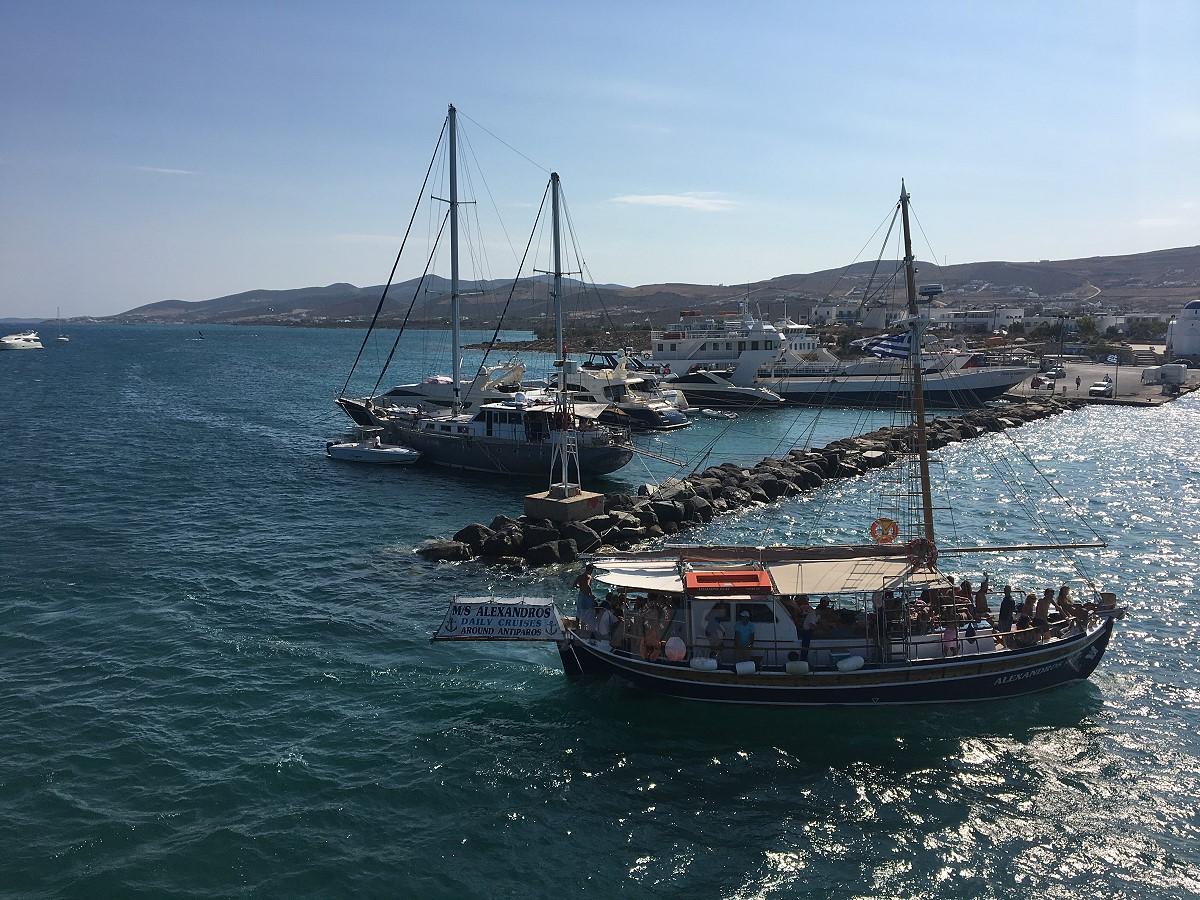 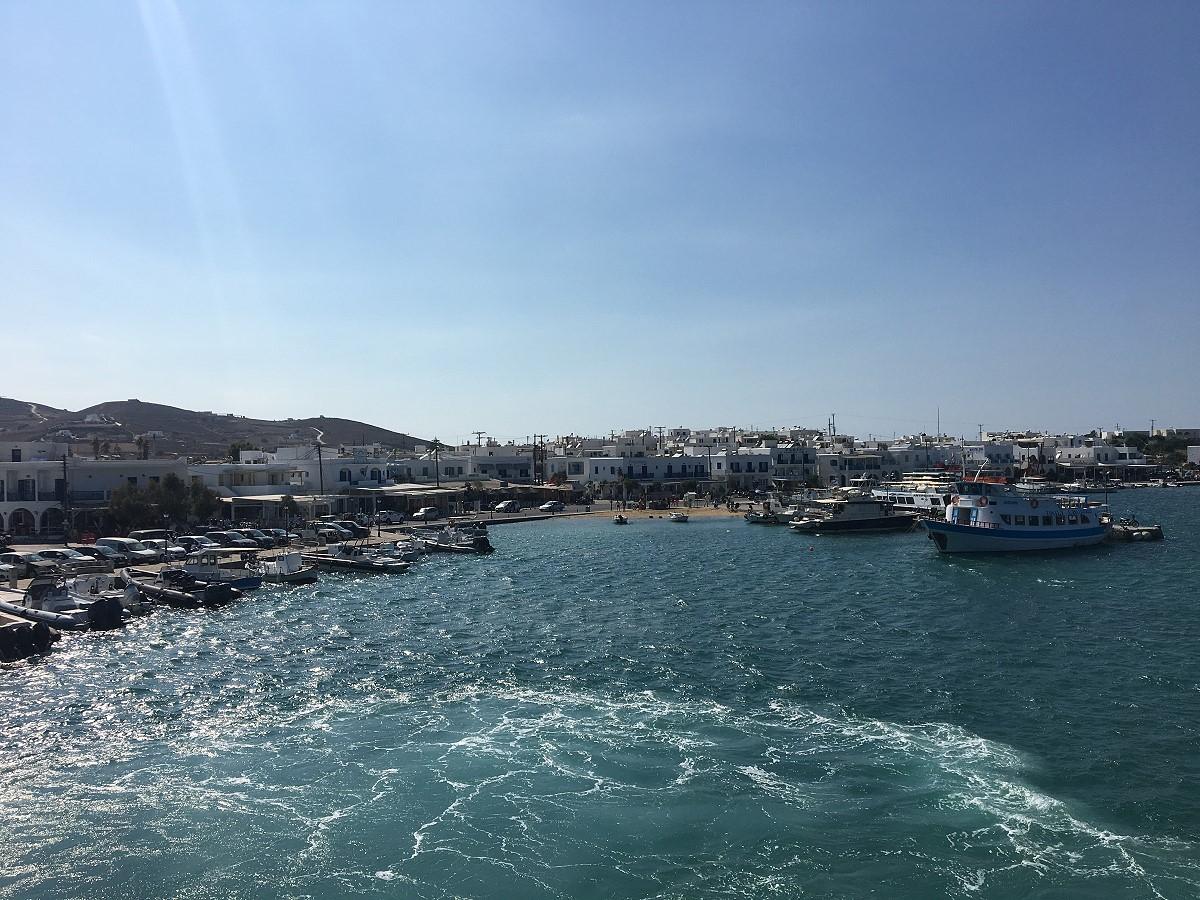 The port of Antiparos is extremely small but you can drop anchor anywhere around it (as long as you avoid the ferry route connecting the island with Paros).

The depths in this area do not exceed 5 meters.

Another good place you can stay for a while (or overnight), is at the southern end of the island, opposite of Despotiko Island.

There, morning swimming in the lush waters of the strait (4-10 meters deep) is simply the best thing before your coffee and breakfast.

Note that a beautiful sandy beach is located at the southern part of Despotiko. 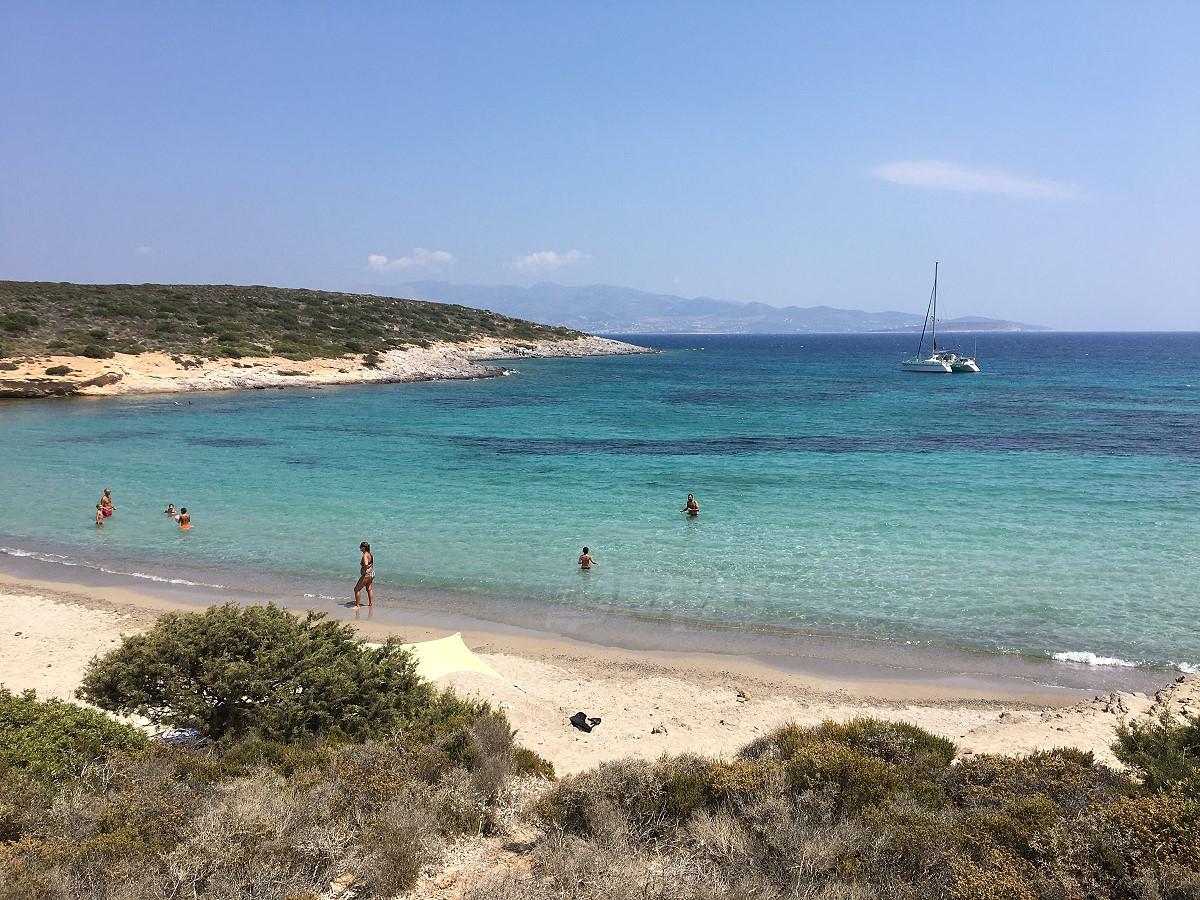 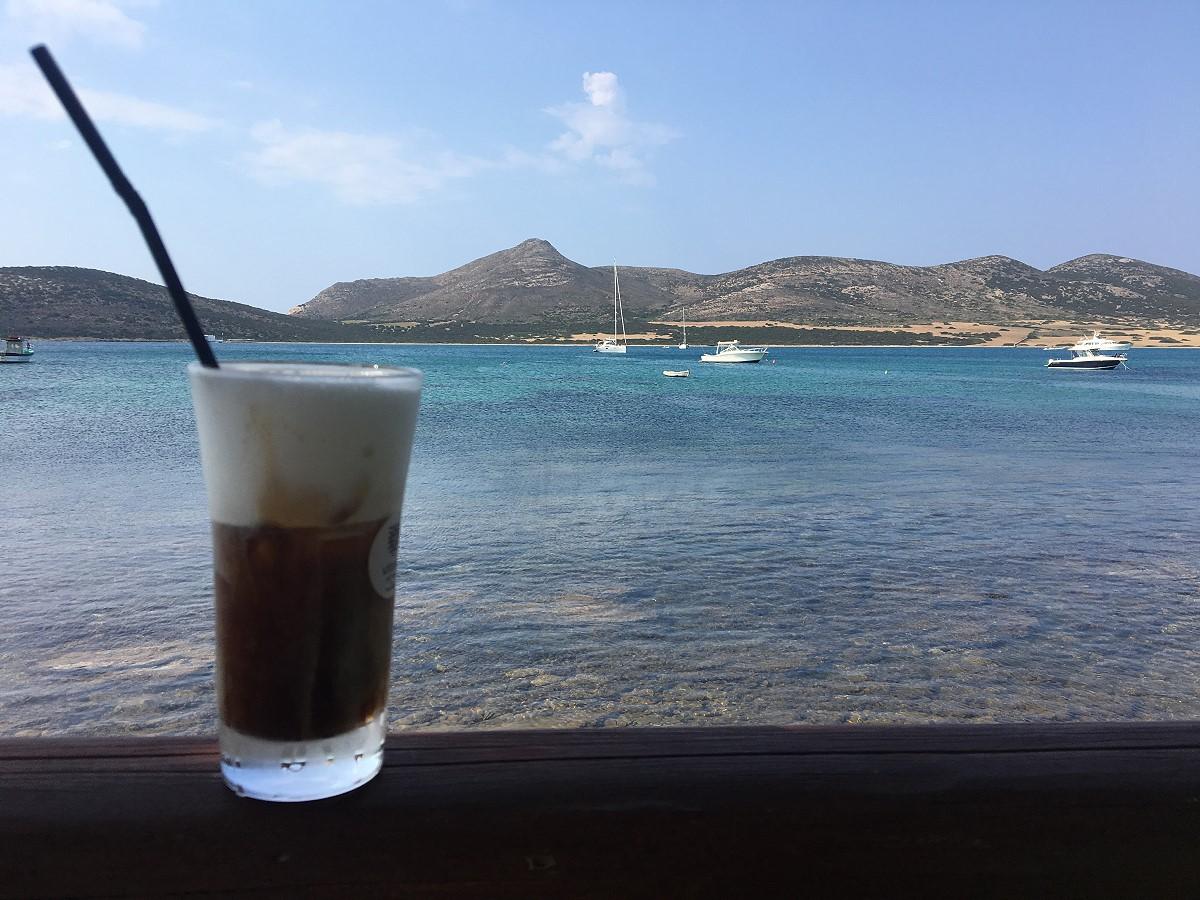 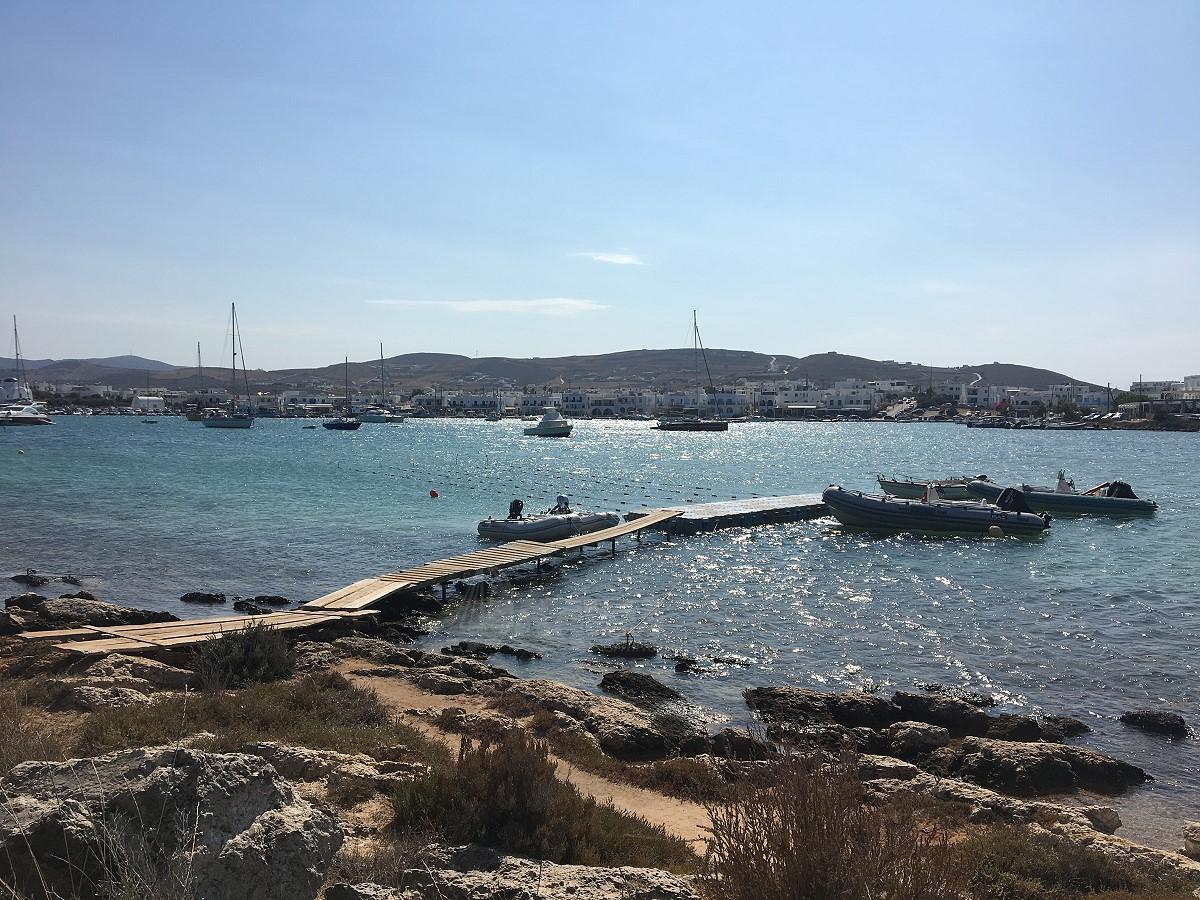 Sailing a few minutes southeast of Antiparos, you will find Despotiko Island, a small, rocky, and uninhabited piece of land with majestic beaches, where you will be able to enjoy a unique sense of tranquility and a deep reconnection with nature.

Accesible only by boat, Epitafios is a magnificent beach located at the west side of the island, ornated with water caves and a sandy, white sea bottom where you might catch a glimpse of the seals that frequent it! 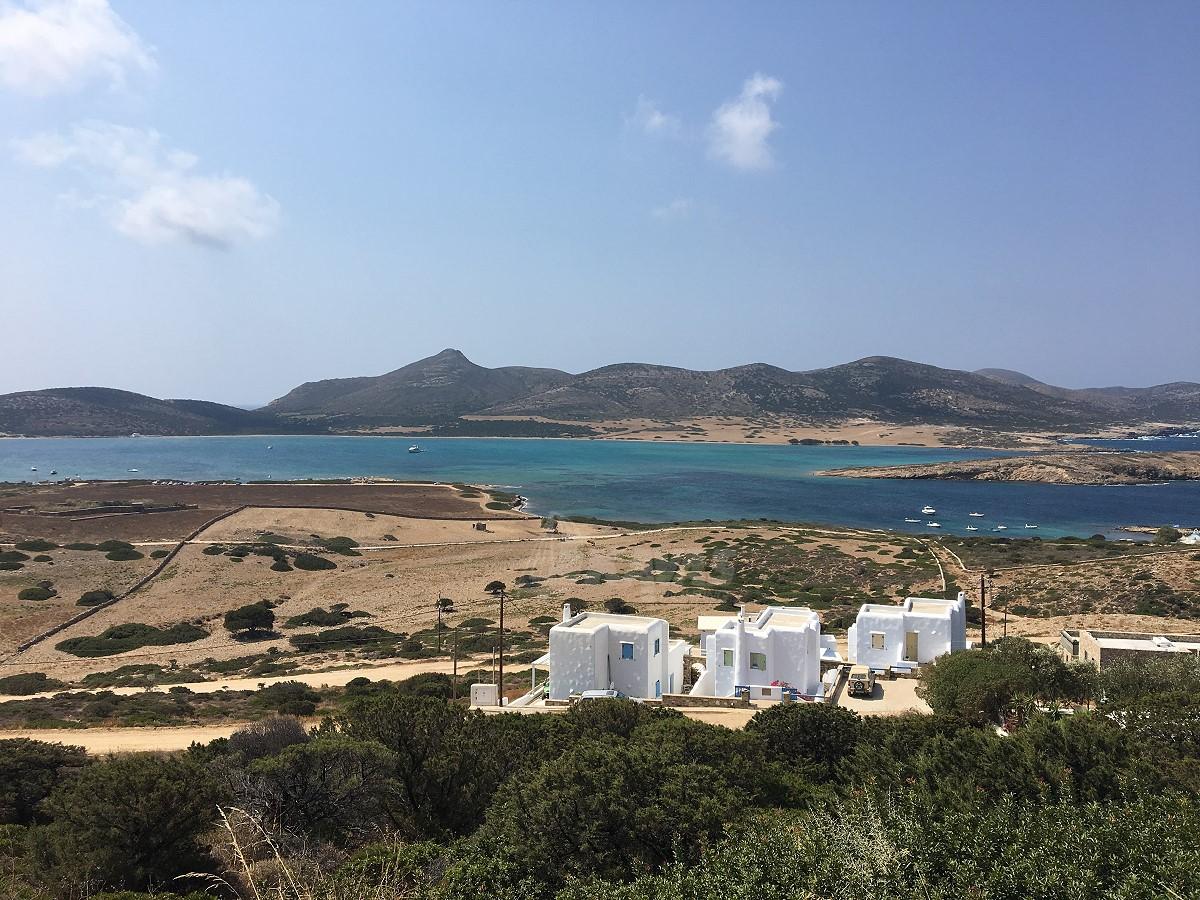 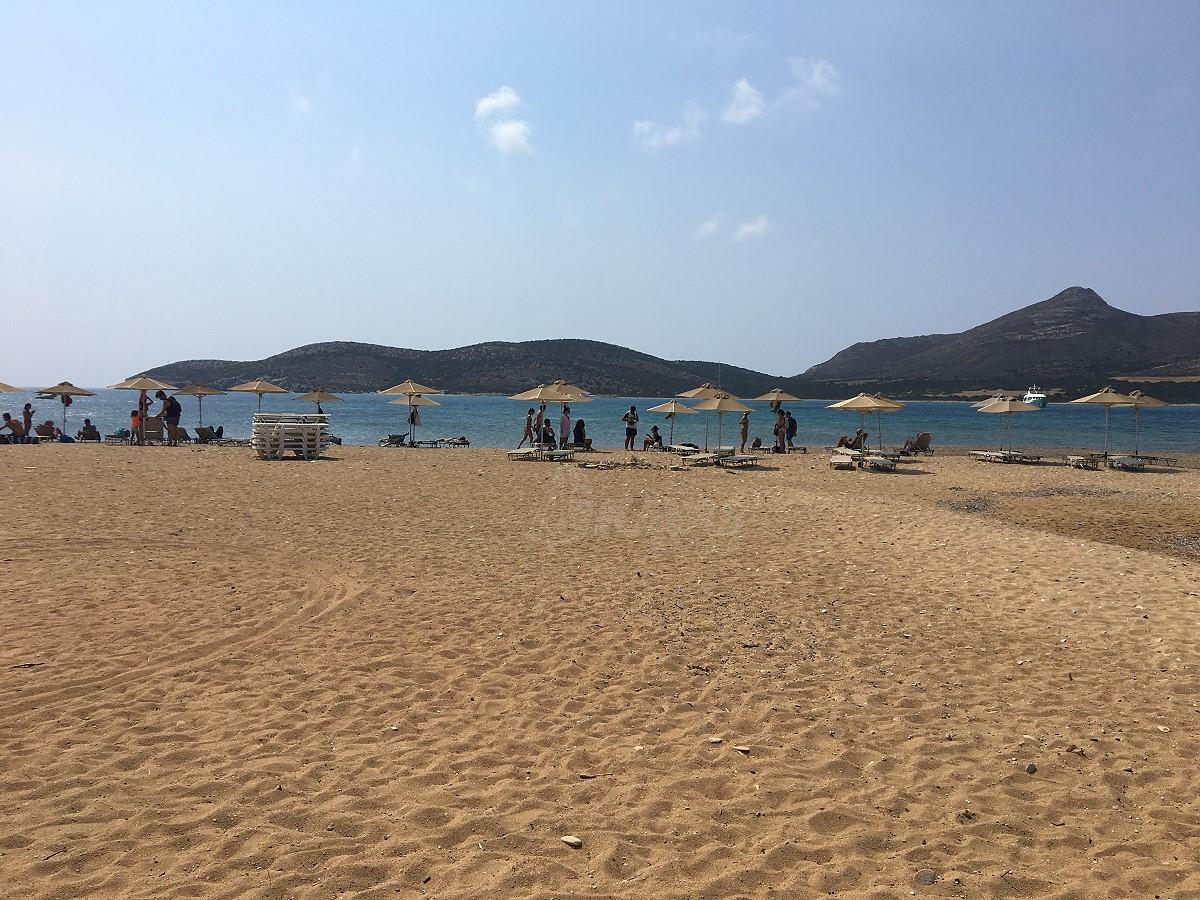 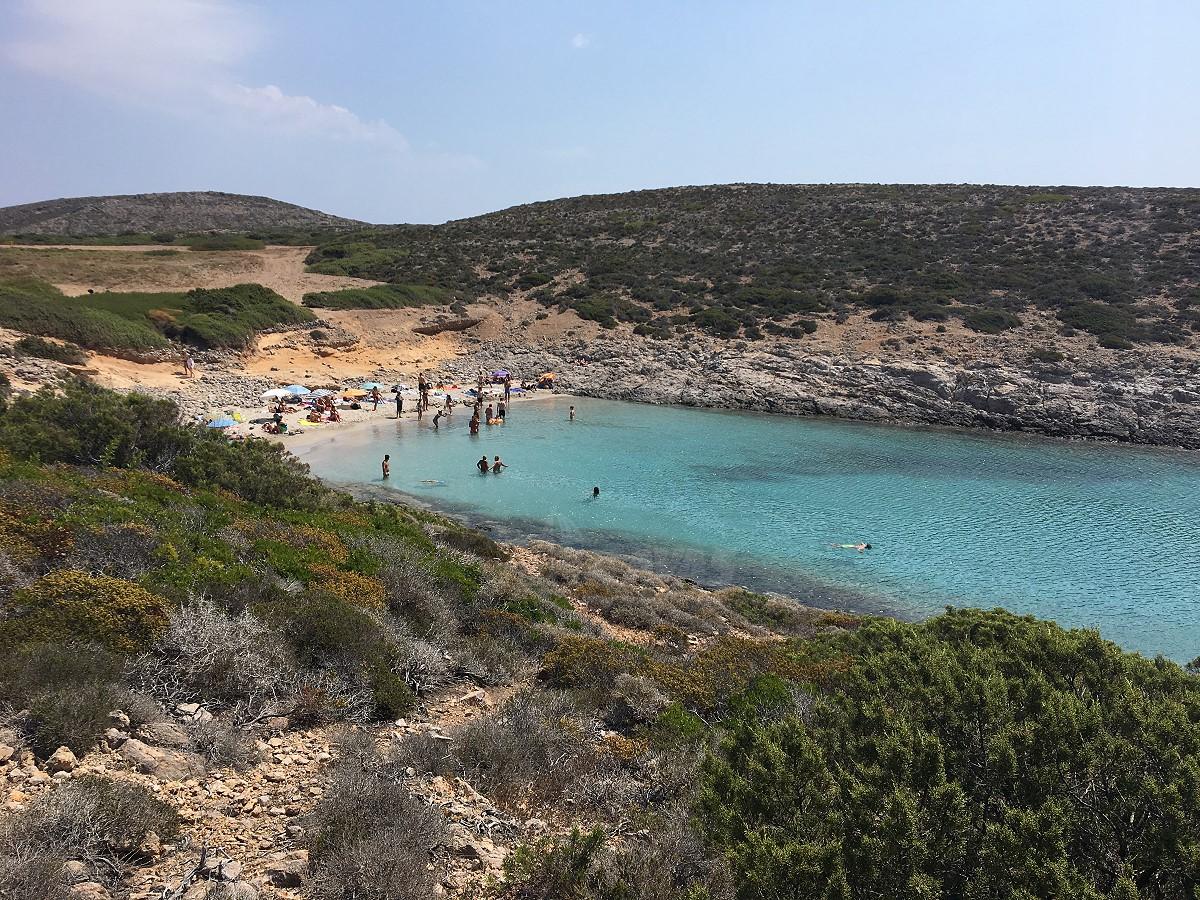 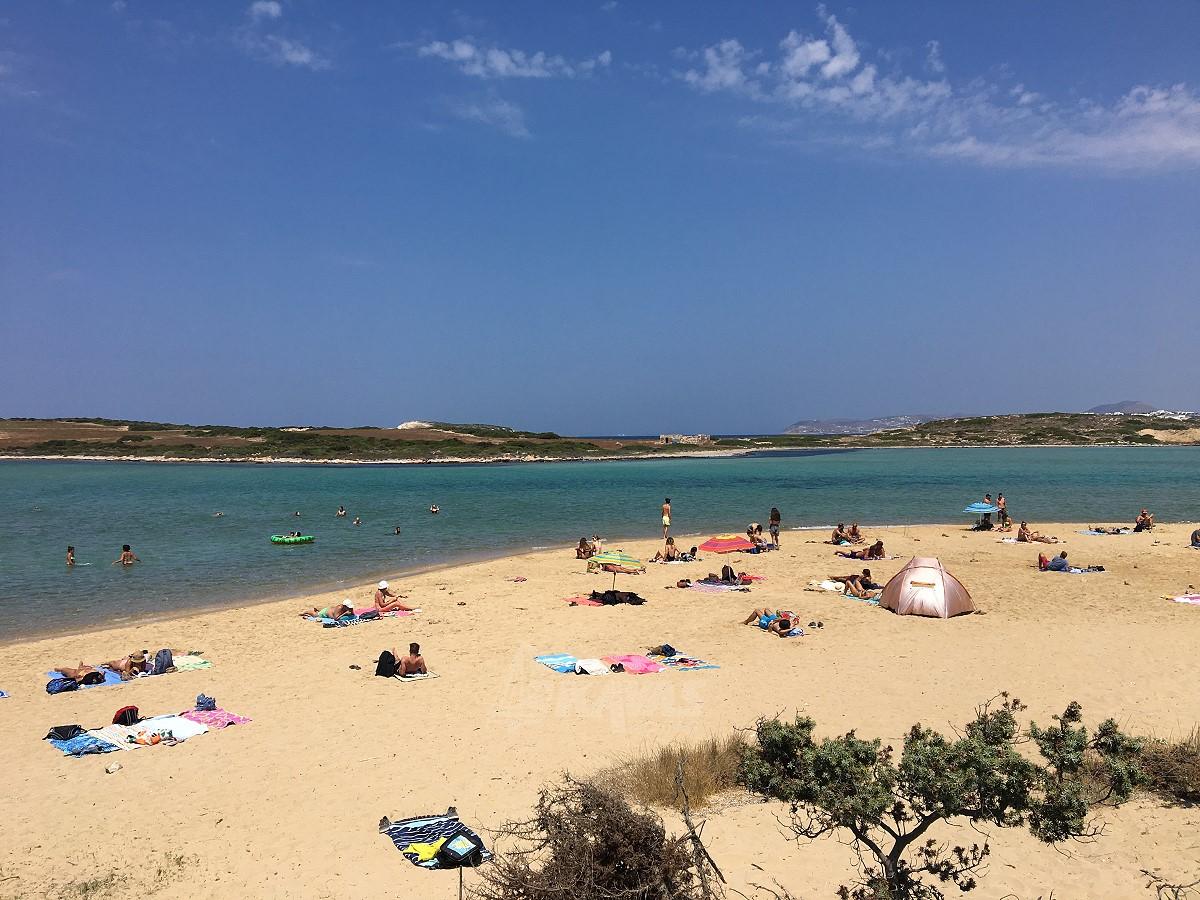 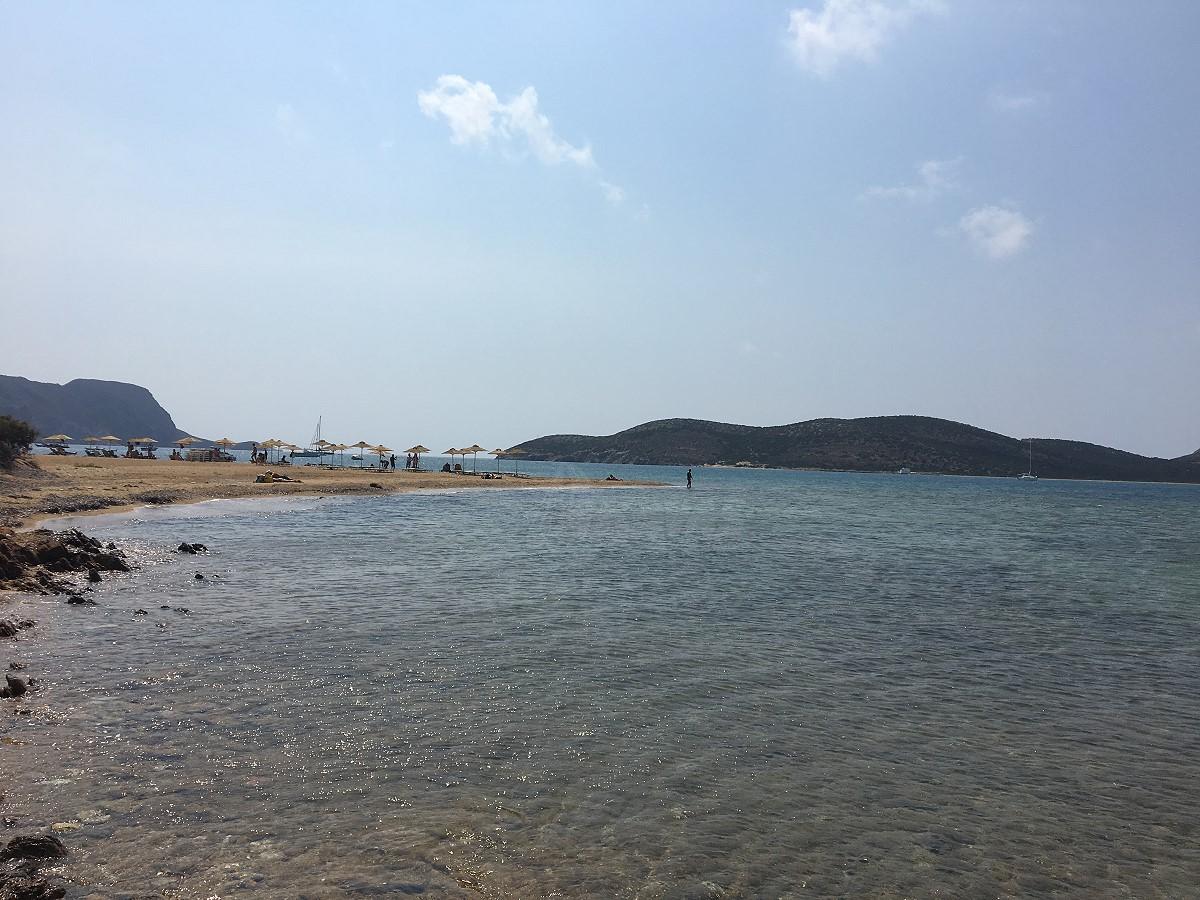 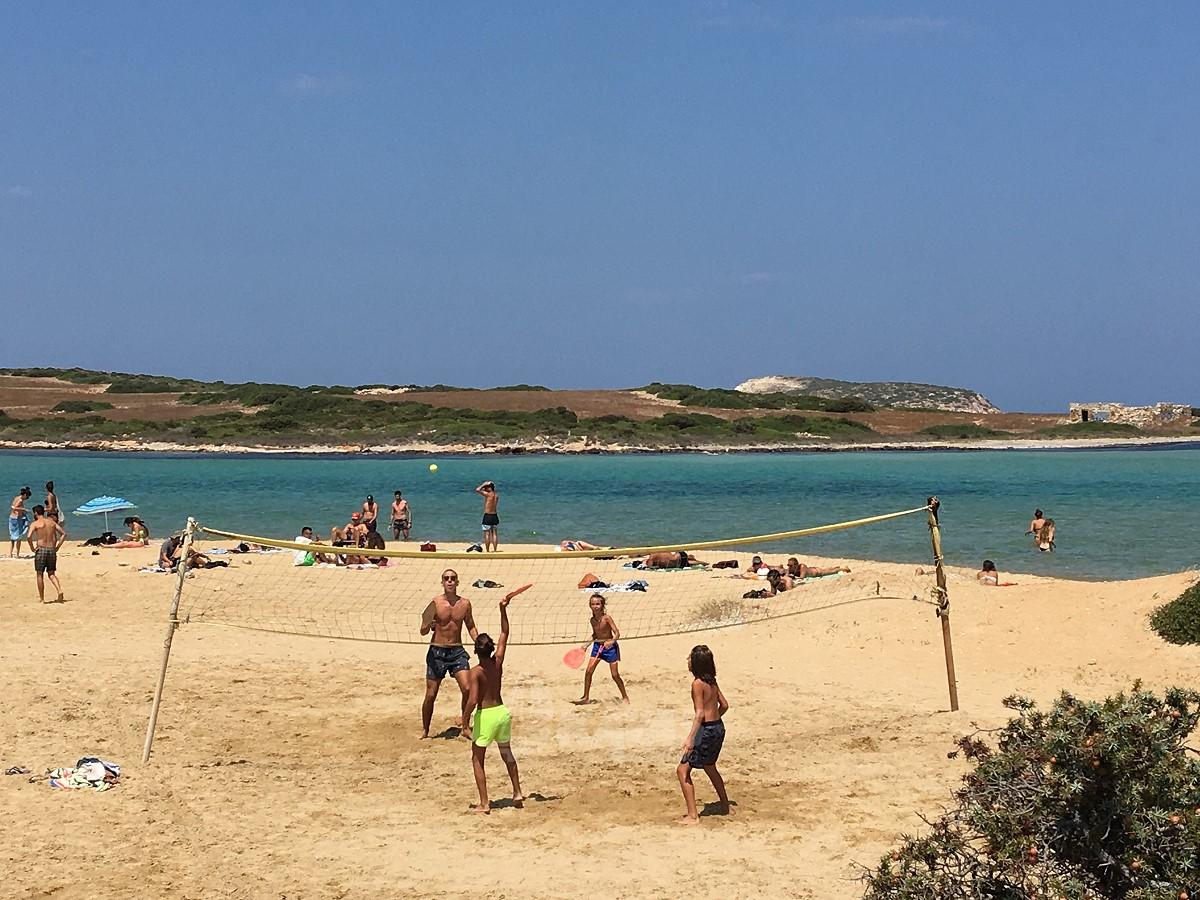 A trip to the local cave with its stalactites and stalagmites is quite a delightful visit for guests!

Visitors get the ultimate experience by climbing down 411 (somewhat steep) steps, at a depth of 85m and a temperature of 15° C. Admission is EUR 6.

The Cave of Antiparos has a very interesting story and you can read all about it on the official website of the Municipality of Antiparos.

A local bus transports visitors from the city daily.

As for the flavors, there are no real differences from the other Cycladic islands except for one: the wild rabbit, since they are abundant in the island.

In other words, fish, octopus, pork, legumes and the famous Greek salad are the dishes of the day.

For more, see the Paros.

Your yacht charter expedition to Antiparos is surely inextricably linked to your Paros experience.

Taking a day to visit it is a definite must, keeping in mind that you might just end up wanting to never leave!