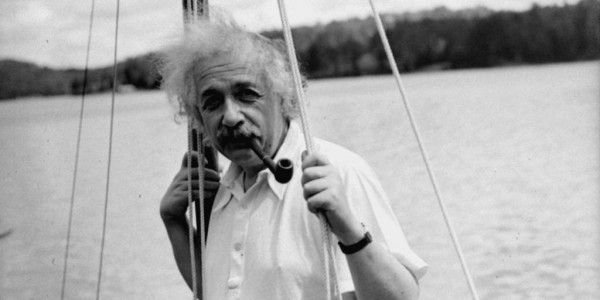 Through a very stringent process that involved a complicated algorithm, a set of dice, and the hair of a newt, we came up with our list of the 7 most interesting high-profile people who we consider true sailors. We ranked the celebrity sailors using a mathematical break down of the bandwidth of their fame divided by their admitted love and devotion for sailing. It’s inarguable. You can disagree, and we’d like to hear your thoughts, but remember this has been determined through a scientific means, so we are ultimately right. If you are a celebrity sailor and didn’t make the list you should probably hire a new agent! Since we didn’t know whether to separate dead from living we included both… 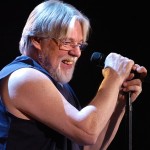 After writing and performing some of the world’s most classic rock tunes like “Night Moves” and “Like a Rock” superstar musician Bob Seger caught the sailing bug – big time. Back in the late 90s the rock legend started sailing, then racing and he’s no slouch. Seger is serious racer who has competed and won in the famous Mackinac Race multiple times aboard his Santa Cruz 52. “I just fell in love with (sailing),” he told the Chicago Tribune. “I like the no-noise aspect of it. I really do. It’s just so quiet without engines.” 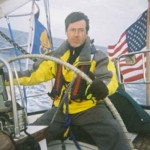 The well-respected comedian and successor to David Letterman’s Late Show is also a real sailor. While he has joked that he is the “world’s greatest sailor” after finishing dead last in the Charleston to Bermuda Race, no one can take away the fact that the C2B is a 777 mile journey. He’s done the race more than once and although he’s usually in a sizable boat, long distance sailing is tough stuff, particularly in racing mode. You might say that’s no joke! 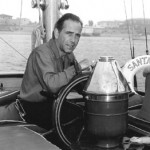 Bogart defined what a movie star is – the perfectly dangling cigarette, the mandatory aloofness and a style that oozed confidence and dignity. As a sailor, Bogie rode the same way. His legendary 55-foot Sparkman & Stephens Santana was and is one of the most elegant and graceful yachts ever built. Bogart loved sailing as much as anyone. In fact, according to Cruising World magazine, in his will, he insisted on a service without a casket. Instead, a glass-encased model of Santana was displayed next to the lectern from which John Huston gave the eulogy. Now there’s a guy who’s serious about sailing!

Not many know that Einsten loves to sail. Legend has it that the undisputed genius was arguably the worst sailor of all time. He would run aground and slam into things but apparently he absolutely loved the experience. He sailed a little 17-foot day-sailor called Tinef (German for worthless) for years and later his friends bought him a 23-foot boat for his 50th birthday that he named Tummler (porpoise in German). Einstein just liked to sail around with no particular intent and if he plowed into a dock, so be it – he was happy. 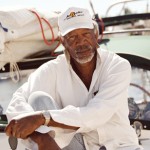 He is the voice of God, but also a legit cruising sailor. He found his muse in land-locked Stowe Vermont aboard an 18-foot dinghy and knew he was a sailor. “I was not only smitten,” he said of the experience, “I was hooked for life.” Freeman has since cruised thousands of open-ocean miles, many aboard his Shannon 43, a solid blue-water cruiser. Word has it that Freeman spends most of his sailing time making his way around the Caribbean. 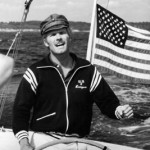 Billionaire, media mogul Ted Turner, a true American character, created CNN and host of other television networks, but always made time to keep his sailing passion alive. He is famous for his defending of the America’s Cup against Australia in 1977, but many don’t know Turner was also a serious dingy sailor who made it as far as the Olympic trials in the 60s. He is in the Sailing Hall of Fame and has said his sailing achievements, in many ways, eclipse the Atlanta Braves World Series win when he was their owner. It was the sport that I participated in myself,” Turner said to ESPN. “It was great winning the World Series in baseball, but I was sitting there in the stands. In sailing, I was out there competing myself. It’s a totally different experience and I’m very, very proud and happy to be included.” 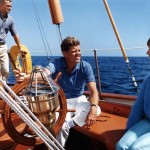 No one epitomized the image of laid-back glamour via sailing like John F. Kennedy. The 35th American President was a lifelong sailor and loved his a 62-foot Sparkman & Stephens Manitou. He was also a Star class sailor and even set a speed record at the 1938 Chicago-Mackinac Race. History books are filled with a smiling JFK sailing the waters of Nantucket in his gorgeous wooden Sparkman & Stephens cruiser/racer. So for this unabashed and public love of sailing, combined with an enormous quotient of fame – John F. Kennedy is our winner.